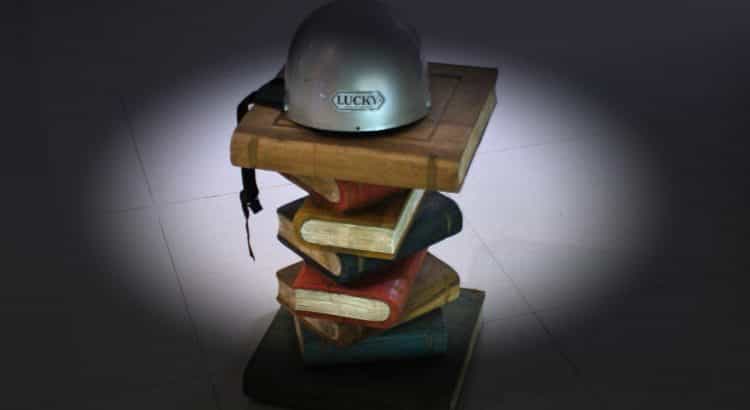 How much work should you expect to do?

Qualifying as a solicitor in England and Wales requires thorough preparation and a significant time commitment. Candidates often ask us how much time they need to prepare for the QLTS assessment, and we are starting to see more and more similar enquiries for the SQE. There tends to be a lot of speculation about this issue, so to help clarify matters, we have surveyed our graduates who were successfully admitted to the roll of solicitors by passing the QLTS OSCE between 2017 and 2019. We have outlined the results of this research in this article, and we have also created a guideline timetable (at the bottom of the page) for how many hours should be spent on each subject for common law and civil law qualified applicants. This timeline can also be considered as a rough estimate for the time requirements for preparing for the SQE1 and SQE2 exams, although SQE candidates who do not have a legal qualification may require more time than depicted here.

Brief summary of the results:

It is important to note that everyone has unique learning abilities, and there are many other factors which can also have an impact. This should be taken into account when using the guideline timetable provided.

Our research consisted of two stages:

(i) The first ‘Quantitative’ stage aimed at collecting more statistical data (prep hours, pass marks, the number of attempts). We surveyed 23 solicitors in this stage.

(ii) The second stage was more ‘Qualitative’ in nature – six common law solicitors were asked to weigh the practice areas against the time they spent on each, and to discuss any similarities of the practice areas with their home jurisdictions.

We have subdivided all the aspiring solicitors sitting the QLTS into three groups. The amount of prep time required varies across these groups, and may also be impacted by other factors. The categories are as follows:

This category of applicants constitutes a minority among aspiring solicitors seeking qualification via QLTS and therefore was not the main focus of our research. However, for SQE purposes we plan to conduct additional research for LPC grads. In general terms, when deciding on the preparation timeline as an LPC grad, you should take the following factors into account:

A. When you finished the course;

B. What grades you obtained; and

In our opinion, with a balanced correlation of these factors, LPC candidates should spend at least 15 hours a week over an average of 3 months to prepare for the QLTS. More information on LPC candidates and QLTS is available at https://qltsosce.com/qlts-osce-for-lpc-graduates/

Before we proceed with a more specific analysis of the two remaining categories, we must remind you that the QLTS exam comprises two separate assessments – the MCT (multiple-choice test of functioning legal knowledge) and the OSCE (mock simulations of practical legal skills assessments).

The QLTS MCT tests your knowledge and understanding of substantive law. You must first pass the MCT before you can sit the OSCE, as the law covered at the MCT stage is also relevant for the OSCE.

In the case of SQE1, aspiring solicitors will be tested on Functioning Legal Knowledge (FLK) and ethical questions, covering a combination of substantive law (MCT) and practice areas (OSCE):

So, SQE1 covers a much broader list of subjects than MCT and will therefore require at least twice as much time to prepare.

According to our research, preparation for the MCT is relatively quick: 26.1% of the candidates managed to prepare in less than 2 months. For the rest, it took from 2 to more than 6 months to prepare and clear the MCT. It is notable that among those 26.1% who prepared in a 2 month timeline (spending an average of 23 hours/week), 34.6% passed with distinction. Furthermore, the research results do not reveal any substantial difference between civil and common law qualified candidates. It is worth noting that most of the aspiring solicitors who fall within this 34.6% went on to spend over 8 months to prepare for the QLTS OSCE (SQE2 equivalent), which is above the average time. Most of these candidates also managed to clear the OSCE on their first attempt, however with different marks compared to their MCT results. It may be the case, then, that fast-track preparation for MCT/SQE1 may result in more time required to prepare for OSCE/SQE2.

Among those who spent over 6 months preparing for the MCT, the vast majority were civil law qualified and on average they devoted 19 hours/week. Interestingly, notwithstanding the fact that it took them more time to prepare, the majority of this group only marginally passed the MCT. When we checked their survey responses for the QLTS OSCE, all of them cleared it in their first attempt, and the majority with distinction. Furthermore, they spent less time on average to prepare for the OSCE compared to those who managed to prepare for the MCT in 2 months.

So, those who spent considerably more time preparing for the MCT managed to prepare for the OSCE in a shorter time and passed with higher marks. Why is this? The survey responses were anonymous, but we personally know the candidates who received a high score at the OSCE stage in their first attempt, and they generally found it difficult to pass the MCT. From our discussions with them during their OSCE prep, we came to realise that while preparing for the MCT, this group of aspiring solicitors was focusing primarily on knowledge, rather than practicing the multiple choice tests. Indeed, it took some of them up to a year to prepare for the MCT exam, and some of them only managed to clear it on their second attempt. We have also come across candidates who cleared the MCT in 2 months, and some of them still struggle to pass the OSCE after numerous attempts (3, 4 and even 7).

Based on these findings and observations, we can further differentiate between two extreme categories of candidates regarding their QLTS MCT prep strategy:

Therefore, we conclude that the most effective preparation strategy should involve more of a balanced approach, combining both elements in the form of a middle way. When preparing for the QLTS MCT/SQE1, candidates should undergo substantive preparation via textbooks,manuals, and other materials, while also practicing the multiple-choice tests. The retained knowledge as an outcome of this approach will also be beneficial in the future, when sitting the OSCE/SQE2.

The QLTS OSCE assessment objectively requires more preparation time than the QLTS MCT. This exam covers both substantive law (assessed at MCT, LLB, and GDL stages), and 5 practice areas (assessed at LPC) and skills. The overall mark is an average of non-legal elements or skills (50%) and legal elements or law marks (50%).

SQE1 and SQE2 require the same level of legal knowledge, but unlike QLTS MCT and OSCE, SQE2 assesses the knowledge via its application to a factual scenario without offering any answers like MCQs. It also covers practical skills, which are sometimes assessed in challenging circumstances, such as bad or even naughty clients, multitasking under time pressure, specific clients’ goals and hidden conduct issues. Therefore, one cannot simply jump into SQE2 after passing SQE1. In the case of QLTS, MCT (as opposed to SQE1) covers only some elements of the legal concepts tested at OSCE stage.

In our survey, we asked the solicitors to suggest preparation timing for both MCT and OSCE. This was an open question and solicitors suggested the timing which they viewed as appropriate. We calculated the average: 4.9 months prep for MCT and 6.6 months for OSCE, while working full time. As SQE1 and SQE2 covers the same knowledge (as opposed to QLTS MCT and OSCE), we may conclude that the suggested preparation time for SQE1 should take a bit longer, maybe 8-9 months and the prep for SQE2 may then be a bit shorter, maybe 3-4 months, while working full time. This is under the assumption that the SQE candidates will be of the same skill level as QLTS candidates, who are already qualified in their home jurisdictions with the required working experience. Someone who either has no law background or practical legal experience would certainly need to spend considerably more time to prepare.

Of course, the prep time for the QLTS OSCE or SQE2 depends on a number of individual factors, including previous experience, obtained qualifications, cognitive skills and functions, memory, time availability, anxiety issues and many others. Additionally, if the candidate did not prepare well enough for the MCT/SQE1, preparation for the OSCE/SQE2 may take more time, as our research shows.

To summarise these results:

We determined 73% as a reasonably sustainable result and candidates who reached it, in our opinion, were reasonably prepared to clear the exam notwithstanding some unpredictable factors which could have influenced their performance in a good or bad way

Furthermore, it is important to distinguish between common and civil law qualified aspiring solicitors. It is common knowledge that common law qualified are much more familiar with the concepts of English law than civil law qualified, but to what extent? In order to answer this question, we conducted the second ‘Qualitative’ stage of research. Please note that in addition to having a common law background, there are also other factors to consider. Those include:

Setting aside those three factors, which the reader still should take into account, we asked only common law qualified solicitors to compare the prep time they spent on each area of law: Business, Property, Wills and Administration of Estates (Probate), Civil and Criminal Litigation. The results revealed are as follows:

We took all this into account while making the below guideline timetable. Olga is a corporate and dispute solicitor, dual common and civil law qualified attorney with a PhD in Political Science. She completed her LLB, LPC/LLM at Nottingham Law School and passed the QLTS in 2016.
Dr Pogrebennyk is the founder and tutoring solicitor at OSCEsmart, a QLTS training provider. 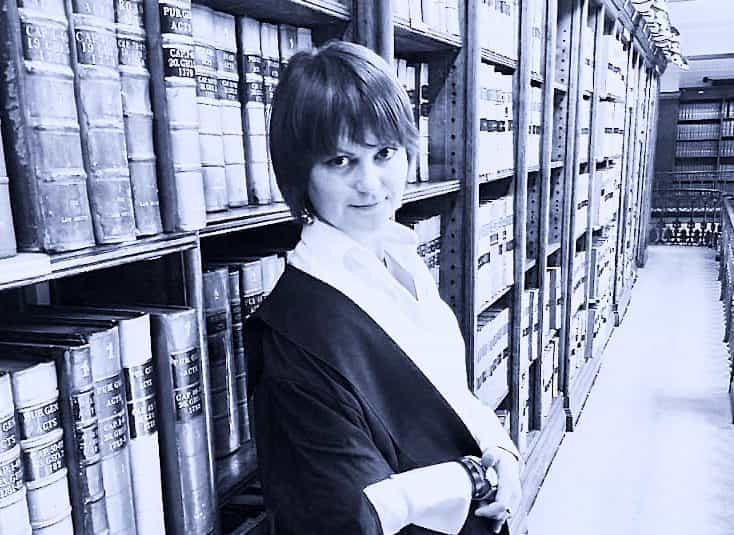 If you wish to publish an article or a podcast about SQE at our blog please get in touch.

LPC vs SQE: Sit, pass and join us! (Based on personal experience of clearing LPC, but qualifying via QLTS) 24/11/2018